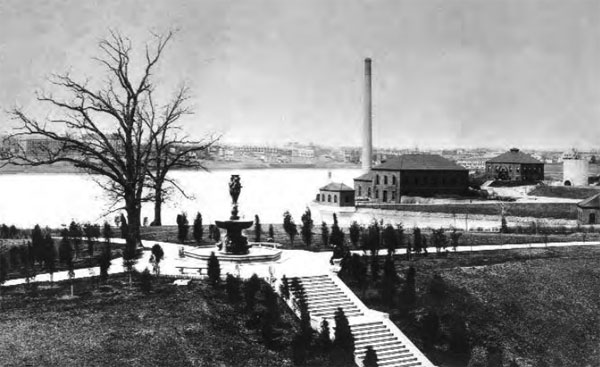 McMillan Park Reservoir Sand Filtration Site was first operated in 1905 until 1986, when US Army Corps of Engineers built and operated new water filtration system on the McMillan Reservoir ground. It was the first water treatment plant in Washington DC. When the sand filtration site was first developed, it was innovative system of water purification, which many people needed. This was a system that used sand to purify water instead of using chemicals. Sand using water-purifying system was a slow sand filtration system that reduced many communicable diseases and spread of typhoid. 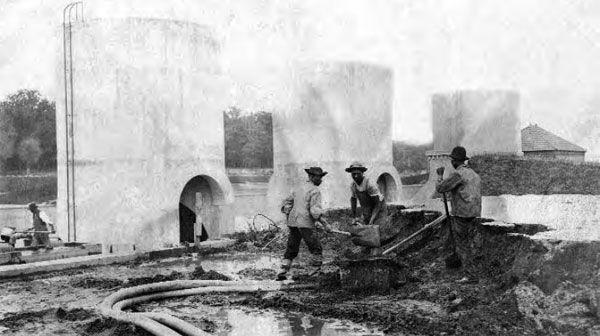 The park is name after Senator James McMillan to memorialize his work on the Improvement of the Park System and his effort in developing the city.

The plan of McMillan Park was the result of United States Senate Park Commission. Many people, not only including Senators and Congressman, but also people involved in City Beautiful Movement, architect, planners, and artists, joined to create the park.

The site has been described as …

“An imaginative combination of landscaped park, with promenades, sculpture, curving carriage drives, careful grading and the placement of trees planned and personally supervised by Olmsted.”

McMillan Park was a place that helped people escape from urban life. The space was at the hilltop, forming “emerald necklace” park in the city. The underground of the park was the Sand Filtration Site, and the ground was the park for people to rest and enjoy. A pink granite fountain was placed at the corner of First and Channing Street, NW. This fountain is removed now, but the original fountain’s statue is visible inside the First Street, NW gates of the reservoir facility. However, it is not open to the public.

In the beginning of World War II, to protect the city’s water supply from enemy’s usage. Most parts of the fountain were removed and even the stone benches were removed. 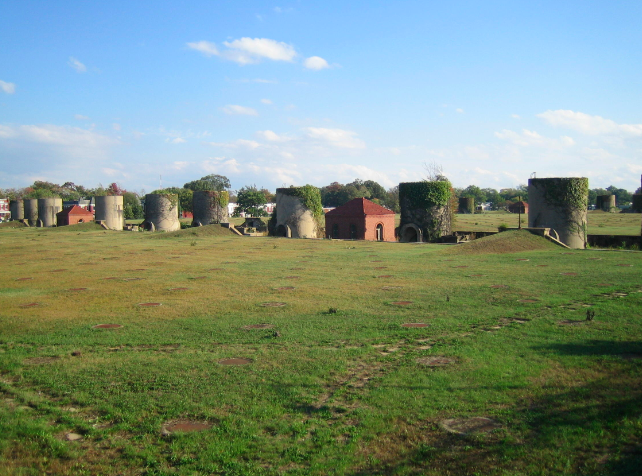 Until 1986, The Army corps of Engineers used the facility, and when they created a new water filtration facility, they decided to sell the site to the District. The District of Columbia Government purchased from the federal government for $9.3 million to develop the land. However, since the land was purchase, the property has remained unused and closed to the public.